The State government has resolved to present a strong case against the proposed amendment to the Electricity Act 2003 by the Central government terming it as a “unilateral decision and a blatant attempt against the federal spirit aimed at usurping the States’ powers”.

The State Legislative Assembly adopted a resolution voicing its strong opposition to the proposed amendment, claiming it was aimed at centralisation of powers and would impose a huge burden on States. The resolution demanded that the Centre immediately rescind its moves that were harmful to the interests of the people, farmers and under privileged sections in particular.

Moving the resolution in the House on Tuesday, Chief Minister K. Chandrasekhar Rao described the proposed amendment as “draconian and dangerous” and totally against the federal spirit of the Constitution. “If the dictatorial bill is passed, the States will lose their control over the energy sector,” he said adding the distributor sub-license method mentioned in the new Act would lead to backdoor entry for private companies in power distribution.

Explaining the highlights of the draft Bill circulated to the States, he said meters would be fixed for every connection including more than 25 lakh pumpsets of farmers and bills should be paid every month without any exception. The regulatory commission to be set up at the Central level would decide the charges that should be paid by farmers and other consumers without subsidy.

With over 25 lakh pumpsets in the State, the distribution companies should spend around ₹700 crore towards installation of meters and appoint 2,500 meter readers across the State with an average expenditure of ₹7.5 crore every month towards their salaries. The load dispatch centre would be shifted to Delhi and the clauses relating to open access policy would allow consumers to procure power from anywhere along with the power supplied by the distribution companies.

The new Act would enable consumers to procure more power through open access system and this would adversely affect the distribution companies. “For States like Telangana which are giving cross subsidies, this will be a very heavy burden,” he lamented.

The State was providing subsidy in excess of ₹10,000 crore every year towards free power to the farm sector.

Further, power purchase agreements, their administration and management would all go into the hands of the Centre and States would be forced to reduce power generation in their plants under the merit order system. “This will cause immense losses to the State-owned generation companies,” he said.

The same was the case with the insistence on purchase of at least 20% of energy through renewable sources. Power should be procured from the new expensive hydel plants without any consideration for power generated by State projects like Nagarjunasagar and Srisailam. “Failure to procure renewable energy as per the proposed Act will ensure penalties to the extent of ₹0.50- 2 a unit, imposing huge burden on the States,” he said.

There would be changes in the power tariff structure affecting the subsidised power being provided to various sections of consumers. Categorisation of consumers would be done as per the tariff policy and the State government could not extend any benefit or power subsidy to the poor. The State’s control over the electricity regulatory commission would also cease to exist as the Centre would appoint members to the ERCs.

The Electricity Contract Enforcement Authority would take care of all the matters pertaining to contracts, power purchase agreements, their implementation, sale and purchase of power and related issues. “This will adversely affect the States’ powers,” he said.

The Chief Minister said though he had addressed a letter to Prime Minister Narendra Modi on June 2 to withdraw the proposed amendments, there was no response as yet. “The proposed new Act is against the interests of the States, federal spirit and is aimed at usurping the States’ power. The State government is therefore opposing the bill tooth and nail,” he averred.

Demanding that the BJP MPs from the State respond to the proposed Act, he said Chief Ministers of several States including Tamil Nadu, West Bengal, Chhattisgarh and Delhi were in touch with him on the issue.

Tue Sep 15 , 2020
Share on Facebook Tweet it Share on Google Pin it Share it Email Highlights Jowar is also referred to as jwaarie, jowar, jola and jondhalaa jowar is gluten-free and contains dietary fibres, antioxidants, protein Health experts often recommend jowar as a part of our everyday diet India is enriched with […] 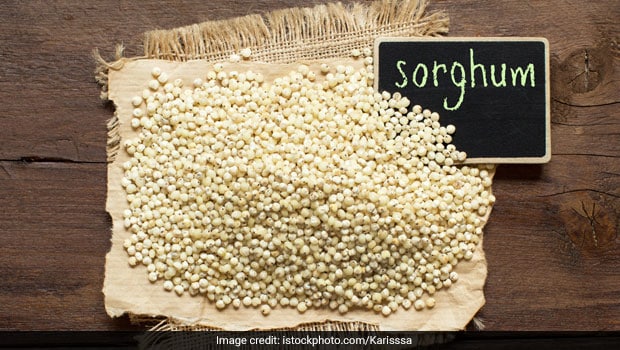