It was on January 7 last year that the Vemulaghat protesters withdrew their 963 days of agitation, demanding implementation of the Fair Compensation and Transparency in Land Acquisition, Rehabilitation and Resettlement Act 2013 (LA Act 2013).

Led by former minister late Ch. Muthyam Reddy, a team of officials held discussions with the oustees and convinced them with the promise of ₹11.5 lakh per acre and completing the payment by end of January 2019, paying compensations for structures by February 2019 and completing construction of Rehabilitation and Resettlement (R&R) colony at Mutrajpally of Gajwel mandal by March 2019.

However, even after a year, the promises have not been fulfilled fully and farmers were facing new problems.

The height of the bund that has been coming up adjacent to the village has been raised, and that has become a huge problem for villagers. Navigating the bund to go out of the village and return, especially during the rainy season, is making daily life very difficult for them. Their appeals not to continue works till they were rehabilitated were not heeded to by the officials concerned.

“The roads leading to our village are completely cut off. It is very inconvenient to ride a motorcycle and autos are also unable to ferry people. We have to pray for the mercy of our village Goddess Mysamma if something happens to somebody in our village or there is an emergency. To make matters worse, police are threatening us if we agitate for our demands,” K. Chandrasekhar, one of the villagers told The Hindu. He is one among those who had signed the memorandum.

“The promise of ₹11.5 lakh for each acre was made by Muthyam Reddy, who said he would see to it that we get the total amount. All of us were paid an amount of ₹11 lakh. When we are asking for the balance ₹50,000, the officials are sarcastically asking us to grill Muthyam Reddy, who had passed way. What can we do?” asked another villager.

Fri Jul 31 , 2020
Share on Facebook Tweet it Share on Google Pin it Share it Email Collector P. Venkatarami Reddy said that a Rehabilitation and Resettlement (R&R) Colony is coming up at Mutrajpally near Gajwel with all facilities. He said that this would accommodate displaced persons from all villages that would get submerged […] 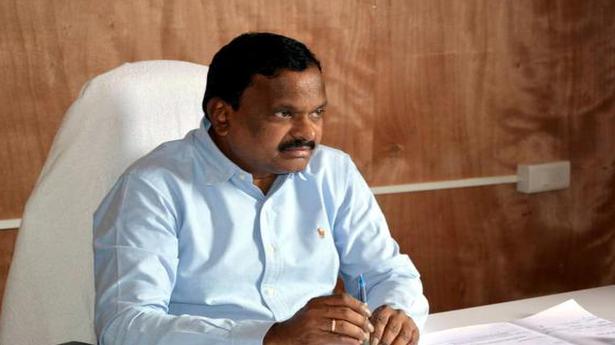