The design of the new Secretariat complex was among several decisions taken at a marathon Cabinet meeting chaired by Chief Minister K. Chandrasekhar Rao on Wednesday.

The Cabinet cleared a new policy to encourage a larger share of employment for locals in industries by giving the units additional incentives. The meeting which was still going on when a few decisions were released to media after eight hours of sitting observed that a number of industrial units were set up in the State in the wake of its industrial policy — TS-iPASS (Telangana State Industrial Project Approval and Self-Certification Systems) — implemented after formation of Telangana State with a view to speeding up clearances.

Mr. Rao had recently instructed authorities to frame a draft policy ensuring that the youth of Telangana got more employment opportunities in such industries. The Cabinet discussed the draft in detail and approved it, a release said.

The meeting also passed Growth in Dispersion (GID) policy aimed to give additional incentives to IT industries that were set up in areas other than the western parts of Hyderabad comprising the Hi-Tech city. The Cabinet felt IT sector should not be concentrated in one part of the city but expand in four directions. The Cabinet resolved to encourage use of electric vehicles to check air pollution caused by growth in vehicle population. It was decided to encourage setting up of electric vehicles manufacturing industries by giving them additional incentives. In this context, a policy ‘Telangana State Electric Vehicle and Energy Storage Solution’ was passed.

Wed Aug 5 , 2020
Share on Facebook Tweet it Share on Google Pin it Share it Email The Health department has been keeping a close watch on the COVID-19 situation in Greater Hyderabad Municipal Corporation (GHMC) limits, Rangareddy and Medchal, which have reported the maximum number of cases in Telangana. But, now three other […] 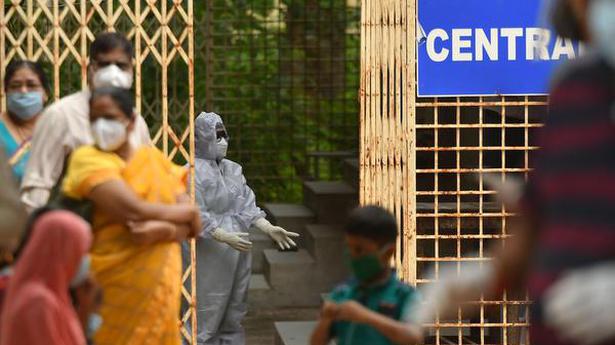 “Congress Got Votes Because Of Scindia, But Chose Kamal Nath”: Shivraj Chouhan