A bench of Chief Justice Raghvendra Singh Chauhan and Justice B. Vijaysen Reddy, hearing a PIL plea challenging the demolition of Secretariat buildings, instructed the Chief Secretary to furnish before it a copy of the resolution adopted by Telangana Council of Ministers on June 30 to demolish the buildings. Through this resolution, the State Cabinet had taken a final decision to bring down the Secretariat buildings.

When the arguments resumed on the petition on Monday, Advocate General B.S. Prasad appealed to the bench to vacate the stay order and permit the government to continue the demolition process. The demolition had already started and the remaining buildings were in a precarious condition, the AG told the bench.

Observing that “once a demolition has begun, it cannot be stopped”, the bench said that, however, the petitioner’s counsel Chikkudu Prabhakar wanted to file a reply to the counter affidavit filed by the government on the matter. When Mr. Prabhakar said that demolition of the building involved enforcement of several provisions related to environment laws, the AG replied those laws would come into force when a new building is constructed.

Mr. Prabhakar sought time till Wednesday to file the reply. When the bench sought to know details of the Cabinet decision to demolish the old Secretariat, the AG said those precise details cannot be revealed since they were confidential.

The bench, however, differed with AG’s contention stating that earlier the HC had dismissed a batch of PIL pleas challenging the government’s decision and paving way for construction of new Secretariat. That verdict was based on an interim decision taken by the State Cabinet on June 18, last year.

In a similar fashion, the latest Cabinet resolution during which a final call was taken to demolish the Secretariat buildings should also be presented to the court, the bench said.

What All You Can Make In Air Fryer? Here Are Some Ideas That Might Surprise You

Mon Jul 13 , 2020
Share on Facebook Tweet it Share on Google Pin it Share it Email Highlights You can cook a variety of foods in your air fryer. Here are some recipe ides for air fryer cooking. Put your air fryer to good use! Love fried food but hate oiliness; air fryers are […] 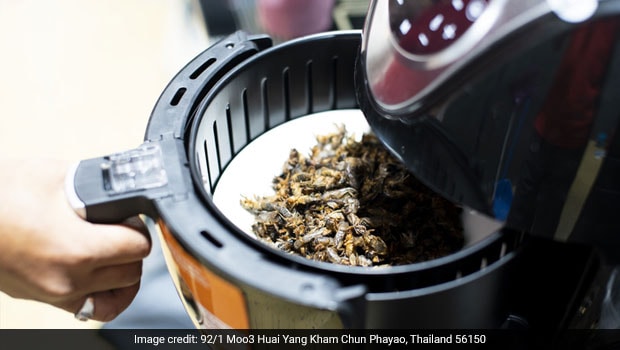