Finance Minister T. Harish Rao called upon the party activists to be active on social media and refute the allegations being levelled against the party.

“Goebbels campaign is being taken up by both the BJP and Congress against our party. Do not remain silent. Refute the allegations with proofs. Tell the people what we have done so far and what we are planning to do. Telangana stood as a role model for development and the entire nation is looking at our State. Explain this to the people,” said Mr Harish Rao while interacting with the TRS party activists at Dubbak on Tuesday.

In another programme held at Toguta, where Congress mandal president Lakshma Goud joined the party, Mr Harish Rao said that the Congress leaders are responsible for the delay in execution of Mallannasagar and Kondapochammasagar projects by approaching the courts. He wondered how the Congress leaders could seek votes after filing cases against Kaleshwaram project.

Tue Oct 20 , 2020
Share on Facebook Tweet it Share on Google Pin it Share it Email It has been a week since torrential rains on October 13 inundated several localities in and around Hyderabad, including hundreds of homes in Uma Maheshwar Colony, Kompally. The colony runs alongside Fox Sagar Lake. On Tuesday, scores […] 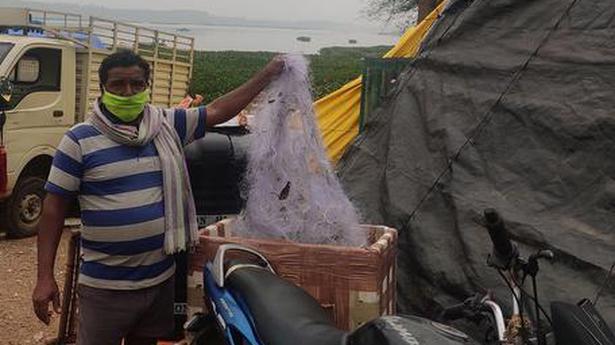