There is something to cheer for the employees’ community which has been waiting for long for decisions relating to implementation of the Pay Revision Commission, promotions and other demands.

The State government has announced constitution of departmental promotion committees/screening committees with term of office up to December 31, 2021 or their reconstitution whichever is earlier. The departmental promotion committee for the head of the department (non-cadre) and additional/joint secretary (non-cadre) level posts will be headed by the Chief Secretary and the committee for the third level gazetted and above posts to consider proposals pertaining to key departments like General Administration, Home, Municipal Administration, Panchayat Raj and Rural Development, IT, Infrastructure and Investment and Welfare departments would be headed by Special Chief Secretary Suresh Chanda as its chairman.

Another committee to consider proposals for the Health, Irrigation, Industries and Commerce, Revenue, Transport, Housing and other departments would be headed by General Administration Department Principal Secretary (Political) Vikas Raj as chairman the Special Chief Secretary/Principal Secretary of the GAD (Services) will be the member convener of the three committees. The promotion panel year, according to employees’ representatives, would commence from September 1 and ends on August 31 the next year and the government had not taken a decision on the issue in spite of the fact that the constitution of the committee has been due since September 1 last year.

The constitution of the committees follows the anguish expressed by the employees over delay in promotions due to non-constitution of the departmental promotion committees especially for those who are on the verge of retirement age. Employees are hopeful that the panels would commence their exercise in the right earnest so that there can be promotions in some departments before the end of the current panel year, August 31.

TS a welfare State even in troubled times: KTR

Mon Jun 29 , 2020
Share on Facebook Tweet it Share on Google Pin it Share it Email Even as COVID pandemic is disrupting economies, Telangana continues to accord top priority to the welfare of its citizens. Not only cash transfer schemes for the poor are unhindered, but development assurances are being delivered, Minister for […] 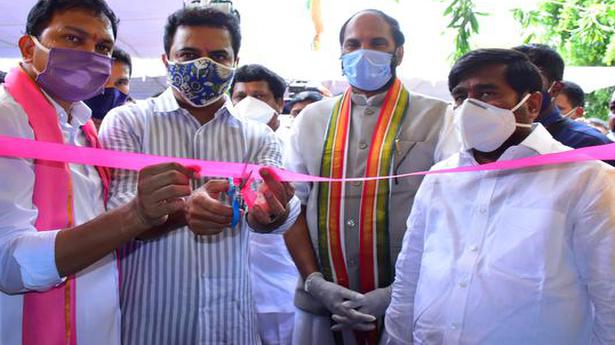