Data from Kerala’s Health department appeared to show a downward trend in COVID-19 cases with a decline in many districts on Tuesday.

However, the trend could be decided by factors such as school reopening, the Sabarimala pilgrimage and local body polls, public health experts who did not wish to be identified said. On Tuesday, Kerala registered 6,591 cases from 53,901 samples.

A week ago, the State’s active cases were inching towards the three lakh mark, but recoveries last week balanced out the increase in new cases. The Health department added 24 deaths to its list of COVID-19 deaths on Tuesday.

Thiruvananthapuram, Thrissur and Malappuram reported five deaths each, Kannur four, Ernakulam and Alapuzha two deaths each and Pathanamthitta one death.

Karnataka on Tuesday reported 6,297 new cases and 66 deaths. While the positivity rate for the day reduced to 6.41%, the Case Fatality Rate (CFR) touched 1.04%.

Tue Oct 20 , 2020
Share on Facebook Tweet it Share on Google Pin it Share it Email Tejashwi Yadav has tweeted a video, saying he felt “humbled” by the crowds Patna: Roughly a week to go before the state elections in Bihar, footfalls have increased exponentially at opposition leader Tejashwi Yadav’s election meetings, giving […] 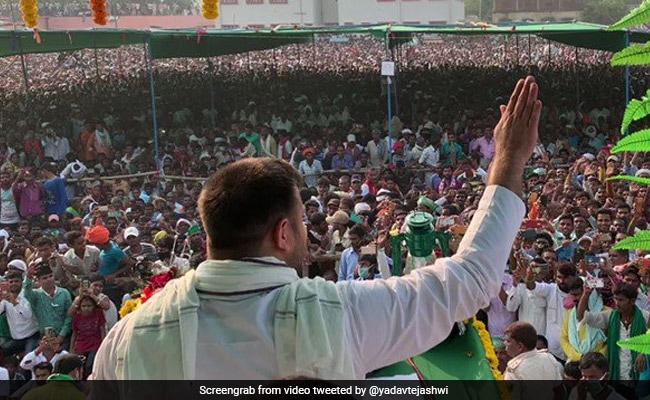