The Congress party has alleged that Chief Minister K. Chandrasekhar Rao is seeking the postponement of the Apex Council meeting convened by the Ministry of Jal Shakti as part of his collusion with Andhra Pradesh Chief Minister Y.S. Jagan Mohan Reddy to mortgage Telangana’s interests in the matter of river waters.

Instead of presenting the case of Telangana strongly at the Apex Council on the injustice being done to the region from the day when it was clubbed with Andhra to form Andhra Pradesh and opposing the AP’s attempts to divert huge quantity of water from Srisailam reservoir everyday to protect Telangana’s interests, Mr. Chandrasekhar Rao was trying to give away the opportunity, convenor of Krishna Jalala Parirakshana (Krishna Waters Protection) Committee of Telangana Pradesh Congress Committee T. Rammohan Reddy said here on Friday.

The mala fide intentions of the Chief Minister in not protecting the State’s interests in Krishna waters were clearly evident in his seeking the postponement of the Apex Council meet to a date after August 20, Mr. Rammohan Reddy said. The former legislator explained that Mr. Rao was seeking the postponement of the meeting to a date after August 20 as the tenders for the Rayalaseema Lift Irrigation Project (RLIP) being planned by AP would be finalised on August 19.

The Congress leader contended that the Apex Council meeting after August 20 would be of no use since the tenders would be finalised on August 19 itself. Unless the Telangana government exhibits its resolve to protect the State’s interests in Krishna waters, the AP’s plans to execute RLIP and enhance the capacity of Pothireddypadu Head Regulator to 80,000 cusecs would cause immense harm to Telangana forever, he pointed out.

Secretary of All India Congress Committee (AICC) and former legislator from the combined Mahabubnagar district Challa Vamshichand Reddy alleged that Mr. Chandrasekhar Rao was mortgaging the State’s interests to AP in case of Krishna waters in collusion with the AP Chief Minister and Andhra contractors. He said the State government did not react properly when AP had invited tenders for RLIP that had the potential to turn the South Telangana into a desert as it draws 8 tmc ft of water a day along with enhanced Pothireddypadu.

He reasoned that Mr. Rao was giving time to AP to complete the process of tenders by seeking the postponement of the Apex Council meet to a date after August 20. “Once the tenders are finalised the contractors would be at liberty to move the courts against governments to get the works going,” Mr. Vamshichand Reddy said.

ISTA sounds alert on entry of suspicious seed into India

Fri Jul 31 , 2020
Share on Facebook Tweet it Share on Google Pin it Share it Email The International Seed Testing Association (ISTA) has cautioned the Indian government about smuggling of suspicious and unrecognised (spurious) seed into the country through e-commerce entities following such incidents in the USA during the past one week. Director […] 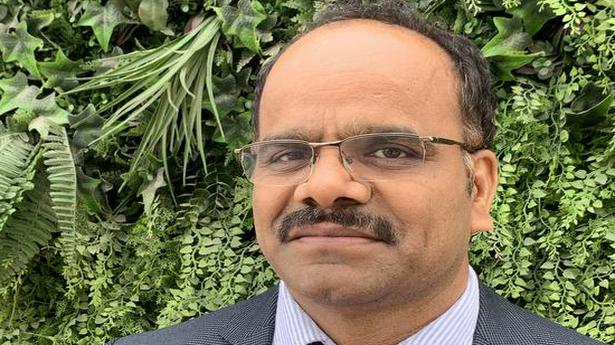