YSRCP leader and noted film producer Prasad V. Potluri alias PVP on Sunday evening set his five ferocious dogs on a team of Banjara Hills police when they went to arrest him in a trespass case.

The incident took place 6.30 p.m. when a team led by Detective Inspector Ravi Kumar went to PVP’s residence at Road No. 82 in Jubilee Hills to take him into custody, after serving notice. The Maharshi producer refused to surrender, and in turn let loose his dogs on the officers. Last week, the Banjara Hills police registered a case against PVP for trespassing and threatening his neighbour Vikram Kailas as his house’s outer elevation was blocking PVP’s bungalow’s view. Later in the evening, Sub-Inspector D. Harish Reddy, who was part of the above team, lodged a complaint with Jubilee Hills police stating that when he and other officers tried to enter the accused’s house, the main gate was locked from inside. “When we tried to enter the house, PVP set his five ferocious dogs on us, as a result of which we left the place,” he said. Based on his complaint, a case under Section 353 (Assault or criminal force to deter public servant from discharge of his duty.) of the Indian Penal Code was registered against PVP. 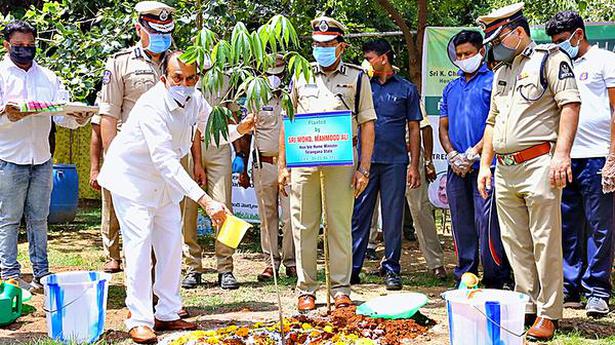