Five of a family, including two tots, were among the eight dead in boundary wall collapse

It is the ziyarat, third day of remembrance of those who lost their lives in the wall collapse in Ghouse Nagar, Bandlaguda. A few hours after Friday prayers, locals gather in a small, dark room. A hushed hum of ameen spoken into cupped hands resonates as the moulvi seeks forgiveness for the victims, and appeals to God that their souls reach the highest gardens of Paradise. Under a tent on the road, rice is being cooked for those who knew the family to partake of.

“It is for their isaal-e-sawaab (passing reward to the deceased),” says Mohammed Jahangir (60) who survived the devastating wall collapse on October 13. “We had dinner around 7.30 p.m. and half hour later, we went into our rooms. Just after 8 p.m., there was loud thunder. Within seconds, we realised what had happened. The wall collapsed and you know the rest. The neighbours came and pulled me out of the house and tried to save the others,” Mr Jahangir recalls.

His son, Samad Rabbani (35), died. He was the sole breadwinner, and the family was proud of his education — he was a graduate of the Jafaria Technical Institute, a private industrial training institute. Samad left for Saudi Arabia in search of a livelihood five years ago. Unsuccessful, he returned a year later. Samad and his wife Saba Hashmi (26) died as large granite blocks from the wall crashed into their room, through the tin sheet roof. Saba was four months pregnant.

“After his return, he drove my autorickshaw. He used to provide for the family. I am 24 and despite studying at Quli Qutub Shah Polytechnic, I could not find a job. On Tuesday night, water had started coming into the house, before the wall collapsed. It was dark. We did not know what had hit us. All of it happened in seconds,” said Mohammed Nawaz, Samad’s brother.

Samad’s sister, Fouzia Naaz, along with her four-year-old son Zain, and 19-day-old toddler, too were killed

The family had dreamed of owning a house for more than a decade. In 2016, that dream became a reality, and they moved to Ghouse Nagar. “We lived in Golconda earlier, in a rented house. After saving money for around 10 years, we bought this house,” Mr Nawaz says, before he returns to oversee the ziyarat rituals.

The family is now staying with Mr Jahangir’s cousin, who lives a few houses from his.

Another family, which lost three members — Zakira Begum (50), Syeda Anwari (4) and 16-month-old-Syed Sadiq — in the wall collapse, were moved to a relative’s house in Vatapally.

Sat Oct 17 , 2020
Share on Facebook Tweet it Share on Google Pin it Share it Email Government launches online facility for enlistment of non-agricultural properties for Dharani The State government has further eased the modalities for updating the non-agricultural properties for Dharani portal. Chief Secretary Somesh Kumar in a statement on Saturday night […] 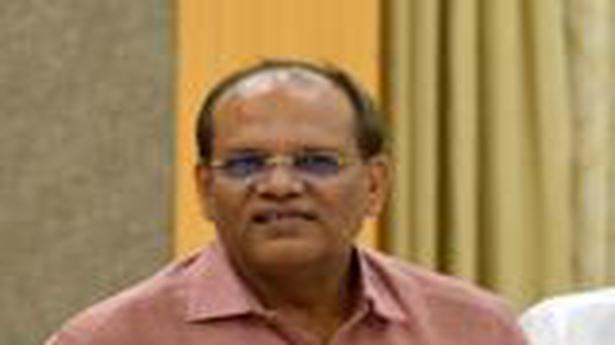